The problem of sink marks of plastic injection parts (surface shrinkage and internal shrinkage) is due to the insufficient melt replenishment when the thick part is cooled.

We often encounter these sink mark problems, no matter how to increase the pressure, increase the water lines numbers,and extend the time of the injection, the shrinkage problem is unsolvable.

Therefore, when encountering thick and large plastic part injection problems, it is necessary to take some unconventional injection molding techniques, otherwise it will be difficult to deal with. 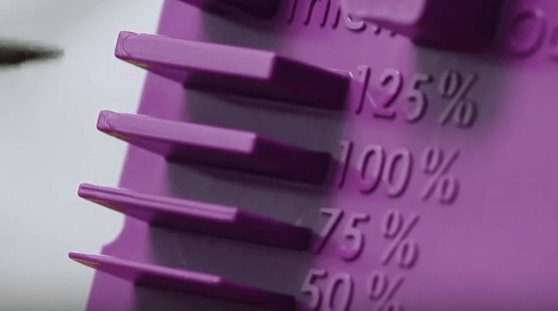 Here is some effective techniques to deal with the  problems of this injection molding.

At this time, the temperature of the outer layer of the injection molded part is still high, and the skin is not too hardened.

The temperature difference between the inside and the outside of the melt is relatively small, which is advantageous for the overall shrinkage, thereby reducing the concentrated shrinkage inside the injection molded part. 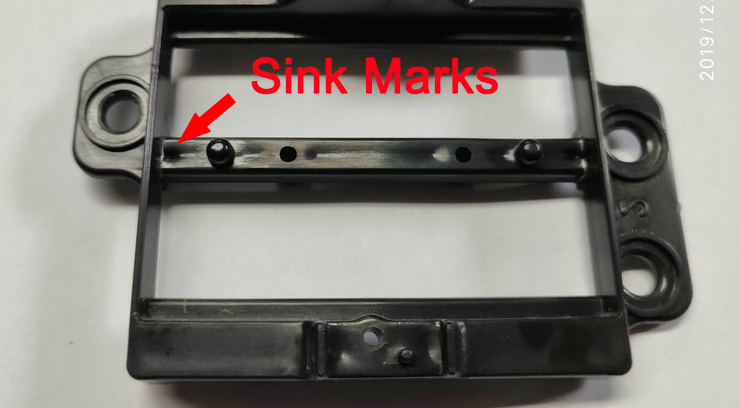 The surface of the newly-formed injection molded part is still soft (unlike the PC part, the surface is hard and easy to invite shrinkage voids), the internal shrinkage, which is not completely eliminated, creates a vacuum.

It causes the surface of the injection molded part to compress inward under the pressure of atmospheric pressure, and at the same time due to the contraction force, the problem of sink occurs.

Moreover, the slower the surface hardening speed is, the more likely it is to cause concavation, for PP material injection molding

Whereas, the easier it is to produce shrinkage voids,such as PC material injection molding.

However, if the problem of sink is serious, the cooling will not  eliminate the sink marks .

It is necessary to adopt a method of freezing water to make the surface of the molded part harden quickly to prevent shrinkage, but internal shrinkage holes will still exist.

For materials with a soft surface such as PP, due to the effect of vacuum and shrinkage force, the injection molded parts may have the possibility of sink, but the degree of shrinkage has been greatly reduced.

At the same time for the above measures, if the extended injection time is used instead of the prolonging cooling time, the surface sink and even the internal voids will be improved.

In solving the voids problem, if the mold cavity temperature is too low, it will increase the degree of shrinkage. Therefore, the mold is preferably cooled by normal temperature water. Do not use frozen water.

If necessary, the mold temperature need to be increased. For example, when molding PC material, the mold need higher temperature. When the temperature rises above 100 degrees, the improvement of the shrinkage voids will be good.

However, if it is to solve the problem of shrinkage concavation, the mold temperature can not be raised, but it needs to be reduced.

If the problem of surface sink marks must be completely solved, it is a last resort to have a proper amount of anti-shrinkage agent. Of course, transparent parts cannot use this way.